skip to main | skip to sidebar

For her wedding last May, Amy Henry set up a few different bridal registries. One listed traditional items like glassware and linens. Another was a fund to help pay for a honeymoon to South America--which appalled Henry's mom Valerie. "The gifts are to get someone started on their new life," she says. "It's a little insulting to say 'We already have everything, so send us on an expensive vacation.'"

Well, come on. Not everyone feels that way. The trendiest wedding present no longer comes in a box with a bow; instead, it's the gift of a once-in-a-lifetime adventure-- from a guided hike through Costa Rica's Monteverde rain forest ($80) to a visit to a Kenyan Masai village to meet the chief ($50). According to Condé Nast Bridal Media, 10% of brides now register for honeymoons.

Many do it because as Americans get married later in life, they are finding they already own the household items that the traditional registry was created for. At the same time, restless consumers are spending ever more money doing things vs. owning things. This has created a perfect market for experiential wedding gifts, and several entrepreneurial websites, such as HoneyLuna.com and the tourism office of the government of Aruba, have successfully waded in over the past few years.

People who give and receive honeymoon gifts are part of an emerging demographic: so called transumers, a mash-up of transient consumers, who prize collecting experiences, discovering new things and living in the present. George Ritzer, editor of the Journal of Consumer Culture, says the trend reflects an affluent, hyper-consumerist society in which the Internet has accustomed people to ephemeral pleasures. "The middle class can get all the toys they want," he says. "That leads to a desire for services ... and nonmaterial experiences."

Which is why buyers of gifts for all kinds of occasions, from birthdays to anniversaries, are on the hunt for unique presents that just might fulfill lifelong dreams. Walter Friker, 63, recently drove a stock car 20 laps at Kansas Motor Speedway--something he had never done, though he had been on a racing crew as a young man. It was a Christmas gift his son and daughter bought from Signature Days, which sells participatory gifts nationwide. "They knew I appreciated the speed," Friker says. This appeal to both giver and receiver makes experiential presents work. Becky Meyer and Amber Sambrone had their commitment ceremony in San Francisco on June 16, and are now on a three-week honeymoon in Asia, thanks to their friends. "We're not into acquiring a lot of stuff," Meyer says. Besides, glasses break; memories of the trip will last forever. 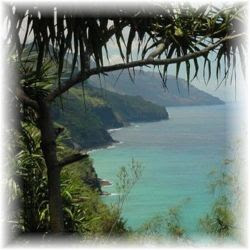 Many of you have asked to see what a honeymoon registry looks like. We have had several specific requests for honeymoons in Fiji.

Remember, you can create a customized honeymoon registry for wherever you might want to go on your honeymoon! Here are just a few other samples to take a look at: Croatia, India and Nepal, Hawaii, Jamaica or St. Lucia, Disneyworld.... wherever you want to go!

For more information on HoneyLuna's honeymoon registries, please visit our "how it works" page and our "frequently asked questions".

Getting Stoned with the Savages

Getting Stoned with the Savages:A Trip Through the Islands of Fiji and Vanuatu
By J. Maarten Troost
This is one of the most hilarious books I have read / heard on tape. Actually, I bought and downloaded the book on tape to my Ipod for a road trip. I'm sure it's a great read too, but the comic timing and delivery of the reader is unbelievable. There were several times we had to pull the car over because we were laughing too hard to drive!
If you love the South Pacific - Vanuatu, Fiji, Tahiti.... and you love to laugh, buy this book / book on tape! Great for reading on your honeymoon - great for listening to on your IPOD on your flight to your honeymoon or any trip!
Getting Stoned with Savages tells the hilarious story of Troost’s time on Vanuatu—a rugged cluster of islands where the natives gorge themselves on kava and are still known to “eat the man.” Falling into one amusing misadventure after another, Troost struggles against typhoons, earthquakes, and giant centipedes and soon finds himself swept up in the laid-back, clothing-optional lifestyle of the islanders. When Sylvia gets pregnant, they decamp for slightly-more-civilized Fiji, a fallen paradise where the local chiefs can be found watching rugby in the house next door. And as they contend with new parenthood in a country rife with prostitutes and government coups, their son begins to take quite naturally to island living—in complete contrast to his dad.

Consider an Online Trip Journal for your honeymoon! 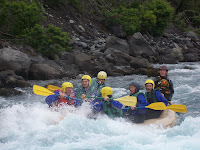 Consider an Online Trip Journal for your honeymoon!

The travel experience has two parts – first you travel and then you tell. But for many, the telling is much harder after the trip – you’re busy, you’re back to work and you haven’t uploaded the photos yet.

Imagine being able to do and to tell at the same time! You can share your experience as you go.

HoneyLuna LOVES the idea of MyTripJournal.com which allows you to create your own travel website with just a few clicks. You can then:- plot your journey on maps with their IntelliMap System- store & display your photos, stories and experiences- post internet movie clips and photos- exchange messages with friends and family- control who views your ad-free personal travel website- download a permanent archive at the end of each trip

Now you can share your HoneyLuna honeymoon registry gifts and experiences and thank your gift givers, while you are on your honeymoon! Imagine being able to share with them a photo of the activity they purchased as your wedding gift, and a blurb about how fantastic it was!

Even if you don’t want to be “wired” on your honeymoon, MyTripJournal.com is a great way to share your travels and create a travel page when you return!

10 Top Reasons for Registering Your Honeymoon with HoneyLuna

10 You don’t need another salad spinner or a toaster (Receive the gift of adventure rather than house wares!)

9 Your insurance doesn’t cover Waterford crystal if you break it!

8 You and your fiancée cannot agree on a china pattern...

7 With the extra help you receive from your honeymoon registry, you may be able to upgrade your hotel accommodations from a parking lot to ocean view!

6 You’ll love the ease of “one stop shopping” for both your honeymoon travel and gift registry. (And…. we are the “Honeymoon Experts”)

3 You’ll love all the gifts you receive from your honeymoon registry (who wouldn’t love a sunset dinner cruise? A massage? A gondola ride in Venice?)

And the number one reason to register with HoneyLuna….

1 HoneyLuna is the best honeymoon registry service around!!!

In business since 1995 and an honor roll member of the Better Business Bureau!

BOOK YOUR HONEYMOON OR VACATION PACKAGE

Click the image to book your dream vacation in paradise.

TheLunaLine - Shop Before You Go!

Everything you need to wear (and more!) while you are there!

Other Links and Blogs We Love

CNN's Budget Travel editor Erik Torkells has tips on actually registering for your honeymoon.
CLICK HERE TO WATCH THE STORY

Subscribe to HoneyLuna's honeymoon registry and travel blog by Email